Like an infant who journeys through four developmental stages to become a mature adult, most teams experience four growth stages as they try to become productive, cohesive units.

The duration and intensity of these stages vary from team to team. Occasionally, the last stage is achieved in a meeting or two; in other cases, it may take months. Furthermore, altered circumstances or events frequently cause a team to regress to an earlier stage. However, understanding these stages of growth will keep team members from overreacting to normal problems and setting unrealistic expectations that only add to frustration.

Similar to a child who is learning how to be a part of a family or community, this orientation stage finds team members transitioning from being independent workers to working with others.

During this stage, members discover how they fit in with others in the group, learn the basic rules that will govern their behavior, and attempt to get organized and define the team’s tasks.

They often have lofty, conceptual expectations about what the team can accomplish. They normally exhibit quite a bit of energy and enthusiasm.

The teen years are a challenge — both for the teenager and for those who offer guidance and instruction. The same is true for teams in this stage of development.

At this point, the team is starting to realize that their assigned task is more difficult than they had imagined. Consequently, they may become emotional, irrational, disgruntled, and impatient with the results — or the lack of results — and start to blame others for their poor performance.

Since they are relatively inexperienced in solving problems and making decisions as a group, they often resort to infighting and name-calling. Some clamor for attention or jockey for positions of authority, while others withdraw or give-up entirely. Some individuals focus on their own abilities and past performances rather than thinking of what they can accomplish as a group.The team suffers from self-inflicted discord, anxiety, apprehension, jealousy, rudeness, and suspicion.

All of these are typical attitudes and behaviors and should be accepted for what they are: an unavoidable stage of development. 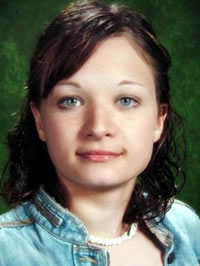 Following the tumultuous teen years is the next stage of life: young adulthood. Here you’ll find young people going to college, learning a trade, striking out on their own, and experiencing the ups and downs of the real world as they try to integrate into society.

Similarly, a team at this stage will drop some of their more unproductive activities and pick up behaviors that are more responsible.

They’ll begin to accept the team ground rules, their roles on the team, and the individuality of fellow members. Emotional conflict is reduced as previously competitive relationships become more cooperative. Members cultivate the capacity to convey criticism constructively, attempt to achieve agreement by avoiding arguments, become friendlier by confiding in each other and sharing personal problems, and develop a sense of team cohesion. As they begin to work out their differences, they have more time and energy to spend on team goals. 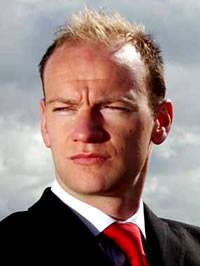 Having successfully progressed through the stages of childhood, youth, and young adulthood, a person finally enters the world of productive adulthood.

Features of this stage include cultivating a career, raising a family, and contributing to society in meaningful ways. This is often referred to as the “prime of life.”

Likewise, a team at this stage is at their “prime of productivity.” By this time, team members have settled their relationships and expectations; they have discovered and accepted each other’s strengths and weaknesses, and learned their own roles. They can now begin performing — diagnosing and solving problems, even resolving concerns before they become problems.

The team is now an effective, cohesive unit. It is apparent when a team has reached this stage because it starts getting a lot of work done.