In the last decade or more, society’s use of slang has given attitude a bad rap. It has become commonplace to associate attitude with negative or unpleasant behavior. The phrase “You have an attitude!” has come to mean “you have a testy, uncooperative disposition.”

While this slang definition may often seem to fit, it is not accurate. More importantly, this connotation may slam the door on the facilitation of lasting change. In order to promote lasting change in the attitudes (and actions) of offenders and other at-risk populations, the truth about attitude must take center stage.

Attitude is, put simply, “the manner, disposition, or feeling with regard to a person or thing.” When looked at from this perspective, we all “have an attitude!” Each of us makes a conscious choice (and sometimes effort) to keep our attitudes positive or negative. These feelings are temporary emotions that may or may not be associated with specific actions.

This, then, begs the question, “What roles do attitudes play in shaping the way an individual lives their values?” This question should be at the core of any behavioral change or skill-building course. As facilitators of change, we must promote an introspective look at how attitudes differ from, and indeed separate, our values and actions.

A commonly held misconception is that values and attitudes are observable. In actuality, they are not. The world sees our actions or behaviors. In some cases, indeed in a best case scenario, values and attitudes are expressed by behaviors. Unfortunately, however, this is not necessarily the case. There are a great many individuals who make behavior choices through the prism of their current attitude towards an event or person rather than their values. These are our at-risk populations who are headed for disharmony, feelings of low esteem, and consequences of ill-thought-out actions. 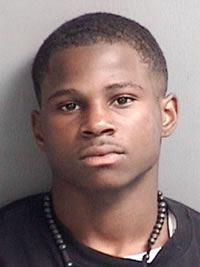 Brian, a 15-year-old, has always valued routine and organization. He is happiest when the events of his life are scheduled and planned. In the past year, however, Brian’s life has begun to spin out of control. The event that began the spin was a seemingly sudden announcement of his parents intention to divorce. After recovering from the shock, Brian’s attitude toward his home life deteriorated rapidly. This attitude change was reflected in his behavior through angry outbursts. His behavior has now become outwardly defiant. He is truant from school on a regular basis and refuses to participate in any of his usual after-school activities. Recently, he has begun to leave the house at will and whim for various amounts of time.

In this case, we have enough information to know that Brian’s current behaviors do not reflect his values (he sounds like a Gold). In fact, they are almost in exact opposition. With the announcement of a family crisis, Brian chose to fall prey to a negative attitude and to let himself be pulled into a pattern of negative behavior based on his current attitude rather than his values. He will likely continue his downward spiral unless some intervention is made.

A mountain on a cloudy day is a great metaphor for the interaction of values, attitudes, and actions. Consider this: 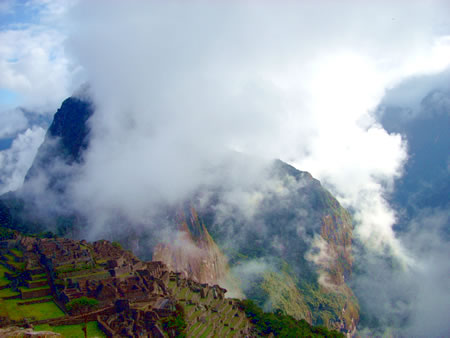 If someone sees a mountain, they know it’s there. On a sunny day it is seen clearly. But on a cloudy day, it cannot be seen at all. The mountain is like a set of values. It is always there. Attitudes are like the clouds that cover the mountain on a cloudy day. If an airplane pilot doesn’t know the mountain is there and doesn’t have any instruments to read (or has not had experience traveling that route), he or she may fly straight into the mountain.

In the same way, people who don’t understand the effects that attitudes have on their actions will live their life acting according to how they feel and not by what they believe.

This concept is essential in understanding the relationship between values, attitudes, and actions. At risk populations (and their families) need help in coming to the realization that their individual values are important and worthwhile. They can then begin to see that when they behave in a way that is in disharmony with those values, they are moving away from the road leading to their needs and wants.

All of the information in this newsletter is owned by Nathan K. Bryce. The content of this newsletter may not be used or duplicated without written permission from the copyright holder. [010330]